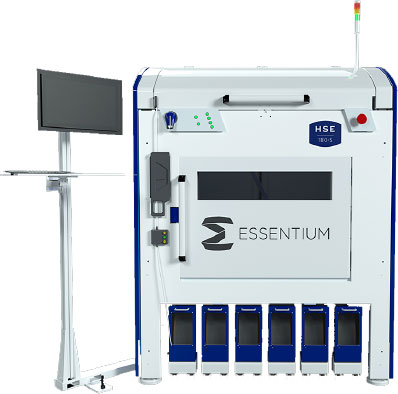 The Essentium High Speed Extrusion 3D Printing Platform is designed for industrial production and performs at a level required by the most demanding manufacturing environments. 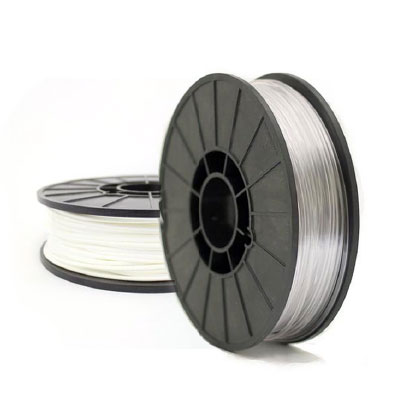 Essentium materials are designed by experienced material scientists and optimized for strength, performance and flexibility in the most demanding environments.

The U.S. military is at a crossroads. As the sun sets on fossil-fuel-based manned aircraft, tanks, and ships, it’s rising on a new military digital age. The focus is now on 21st-century technologies like cybersecurity tools, space-based weapon systems, and autonomous drones with precision electronics powered by clean energy and driven by artificial intelligence. While the U.S. remains well prepared for large-scale conflict, smaller moving targets are proving difficult to extinguish. As such, the U.S. military is seeking new solutions that increase its agility and allow for quick, appropriate-scaled response to any threat. For example, military assets that utilize renewable energy sources or battery power are cheaper and stealthier, easier to maintain, and eliminate the need for vulnerable supply and refueling convoys.

The United States government is the world’s largest customer; it seems like there isn’t anything it doesn’t buy. But it also has traditionally been one of the most challenging customers on earth to work with—especially for a smaller enterprise. The feedback loop is so long and there are so many hoops to jump through that a lot of companies do not have sufficient resources to cross that “Valley of Death”; they perish before given the chance to succeed. After living through the strenuous process of securing a contract from the Air Force, I totally get why most startups don’t even try to pursue government business or decline to bid on a project when asked.

Essentium’s unique High Speed Extrusion technology magnifies the power of additive manufacturing by enabling speed and strength, at scale, to meet the volume production needs that other 3D printers just cannot match. In fact, the Essentium HSE 3D Printer was designed for industrial use by manufacturing and semiconductor professionals who could not find all the qualities they needed in a single solution to operate at scale…so we built our own.

Quickly 3D print the masters to create a variety of parts to each customer's exacting specifications. Iterate with complete freedom of design for improved speed to production.

Save time and money. Create highly accurate molds, iterate on the fly and 3D print in a matter of days at a fraction of the cost of traditional tooling and casting methods.

Cost-effectively 3D print electronic circuit components using ESD-safe materials with the speed and accuracy required for mass production, plus the flexibility to modify designs as needed.

Quickly and easily print volumes of end use parts and components with exact precision and repeatability.

Create prosthetics mapped to each patient's unique physiology to attach devices with the most stability, durability and comfort. Design customized orthotics for the healthcare, sports and workwear markets.

Iterate design changes in hours instead of days and weeks. Test various materials to determine the proper form, fit and function of a part in the manufacturing process.

The era of 3D printing for mass production has arrived.