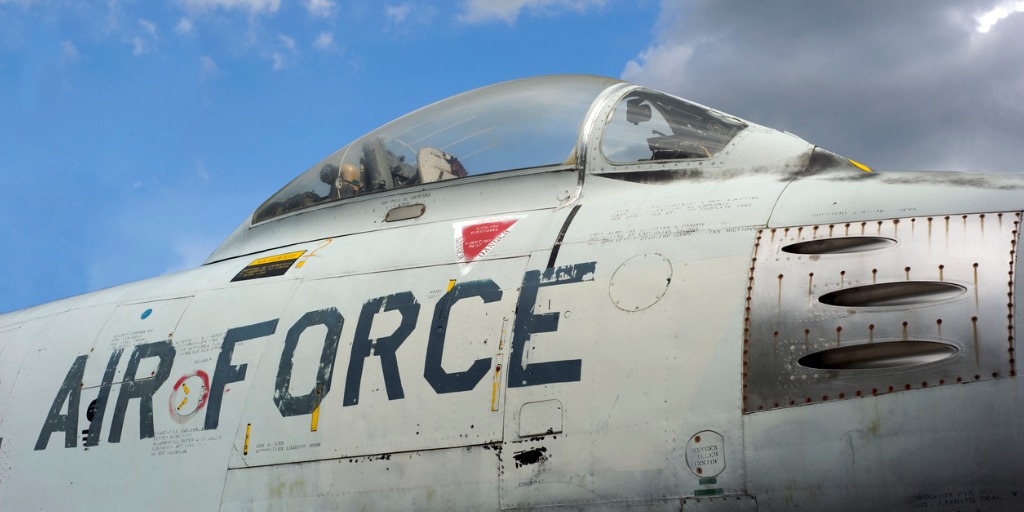 The United States government is the world’s largest customer; it seems like there isn’t anything it doesn’t buy. But it also has traditionally been one of the most challenging customers on earth to work with—especially for a smaller enterprise. The feedback loop is so long and there are so many hoops to jump through that a lot of companies do not have sufficient resources to cross that “Valley of Death”; they perish before given the chance to succeed. After living through the strenuous process of securing a contract from the Air Force, I totally get why most startups don’t even try to pursue government business or decline to bid on a project when asked.

But you should. Things are changing.

At the direction of Dr. Will Roper, the Assistant Secretary of the Air Force for Acquisition, Technology and Logistics, the Air Force is innovating aspects of its procurement strategies. That in turn, is changing (some of) what the Air Force buys, how it buys it, and who it buys it from—like startups. The world’s security profile has changed; there are many different threats from cybersecurity to domestic terrorism. Not every conflict involves large scale warfare with battleships, jets, and tanks (and the Department of Defense already knows where to get those). Rather, new solutions and capabilities are needed to combat a variety of smaller, evolving, moving targets. So Roper turned the process upside down, looking at contracting through the lens of a small vendor and reforming it so the Air Force could democratize access to and engage with smaller partners where innovation is occurring at a rapid pace—companies like Essentium.

The Air Force does things in levels. And stages. And phases… At the top end are Programs of Record; large contracts for hundreds of millions or billions of dollars to build aircraft carriers, weapons, military bases, and the like. The Government Contracting Office solicits bids from vendors competing for the business. It can take a year or more to prepare the bids, review them, and award contracts, so usually only deep-pocketed companies like Boeing, Raytheon, and Lockheed Martin with the resources to sustain themselves during the waiting game apply.

At the bottom are Small Business Innovation Research (SBIR) initiatives. This congressionally mandated program allows all types of governmental entities—not just the military branches of the DoD but also the FDA, USDA, the National Institutes of Health (NIH), and others—to bypass the competitive bid process to sole source small contracts, generally up to $100,000. These can often be extended in a Phase 2 or Phase 3 with larger awards and more runway (pardon the pun). But there just isn’t enough value in classic SBIR projects to carry the average startup over the finish line. Startups funded by SBIR awards don’t have the time to transform their technology into an actionable capability before they run out of money. And they don’t have the financial stamina to apply for larger scale projects.

Under Dr. Roper’s leadership, the Air Force greatly expanded SBIR and put in place a financing infrastructure to bridge the gap between it and Program of Record-class projects. The Strategic Financing program, or STRATFI, is designed to resource the next crop of defense sector-capable vendors. Think the “Lockheeds” of tomorrow. Now a startup can compete for a $1 million dollar, $5 million dollar, or even $20 million dollar project to secure the revenue it needs to scale, cross the Valley of Death, and come out the other side as a trusted partner of the Air Force (and perhaps someday compete for Program of Record contracts). Part of the genius of this program is that internal to the government, SBIR dollars match the invested dollar from a program office, the sum of which is matched from a qualifying external fundraise over at the startup. Net benefit to the government customer: access to future top-tech at 50% off. Net benefit to the startup investor: guaranteed government customer engaged in co-development of future tech.

The STRATFI program is how Essentium is now able to serve multiple government customers over a long enough period of time to matter. This gives the government customer, and the startup, time to learn about each other and the funding needed to navigate their new relationship while growing the tech. But he’s not done yet. Dr. Roper recently announced the creation of AFVentures, a program that will divide almost $1 billion in Air Force contracts among more than 550 small businesses to fund critical technologies for tomorrow’s defense initiatives.

So my advice here is two-fold: To other branches of the DoD, if you want access to new solutions and capabilities, I’d tell you to focus on the contracting process. Follow the Air Force’s lead in its search for innovation by reforming procurement practices to allow a greater variety of solutions to become available from a wider variety of sources. Especially smaller ones. To my fellow startups, I say do not overlook opportunities with the DoD, as there are new programs like STRATFI and AFVentures coming to the forefront that will make it worthwhile to partner with the Air Force. You just have to know where to look.

Jigs and fixtures are used in all kinds of manufacturing environments to make repeatable assembly processes more accurate, faster, and safer. Specialized tools like gauges, drill guides, masking templates, and cradles have been traditionally machined from metal. While materials like aluminum provides all the necessary qualities of strength, heat, and chemical resistance, it makes the […]