Blake is the chief executive officer and a co-founder of Essentium, Inc., where he is responsible for managing the company’s fast-growing business across the world. Essentium is pioneering multiple 3D printing technologies that remove the current limitations surrounding additive manufacturing, allowing factory floors everywhere to be transformed.

In his role as CEO, Blake’s strategy is focused on innovation in both materials and production platforms, disrupting traditional manufacturing processes by bringing strength and speed together, at scale, with a no-compromise material set. Blake’s team delivers industrial solutions for the world’s top manufacturers enabling them to shift the role of additive manufacturing from prototyping to full scale production. Under Blake’s leadership, Essentium raised $22.2M in Series A funding, one of the largest A-rounds in the history of additive manufacturing. Prior to his role at Essentium, Inc., he was co-founder and CTO at a predicate company, Essentium Materials, which was awarded the SME Innovation Grand Prize in 2016 for its unique electromagnetic welding technology, which is currently scaling.

In addition to co-founding Essentium Materials in 2013, Blake co-founded TriFusion Devices, a 3D printed medical device venture aimed at custom, high-strength applications in the biomedical and sporting goods industries. Since inception, TriFusion has printed and shipped more than 2,000 bespoke medical devices to clinicians across North America.

Prior to Essentium, Blake was a senior engineer at Caterpillar Global Work Tools and Services where he helped develop Hydraulic Hammers which were manufactured in Waco, TX and sold worldwide. Blake also had a short stint at John Deere Power Systems where he worked as an engine engineer with design responsibility for sub-systems for iT4 off-highway diesel engines.

Blake holds a Ph.D. in Materials Science and Engineering from Texas A&M University and a Bachelor of Science in Mechanical Engineering from Colorado State University. Blake holds several pending and awarded patents and has published numerous peer-reviewed journal articles. In his free time, he enjoys wood working, golf, and spending time with his family. 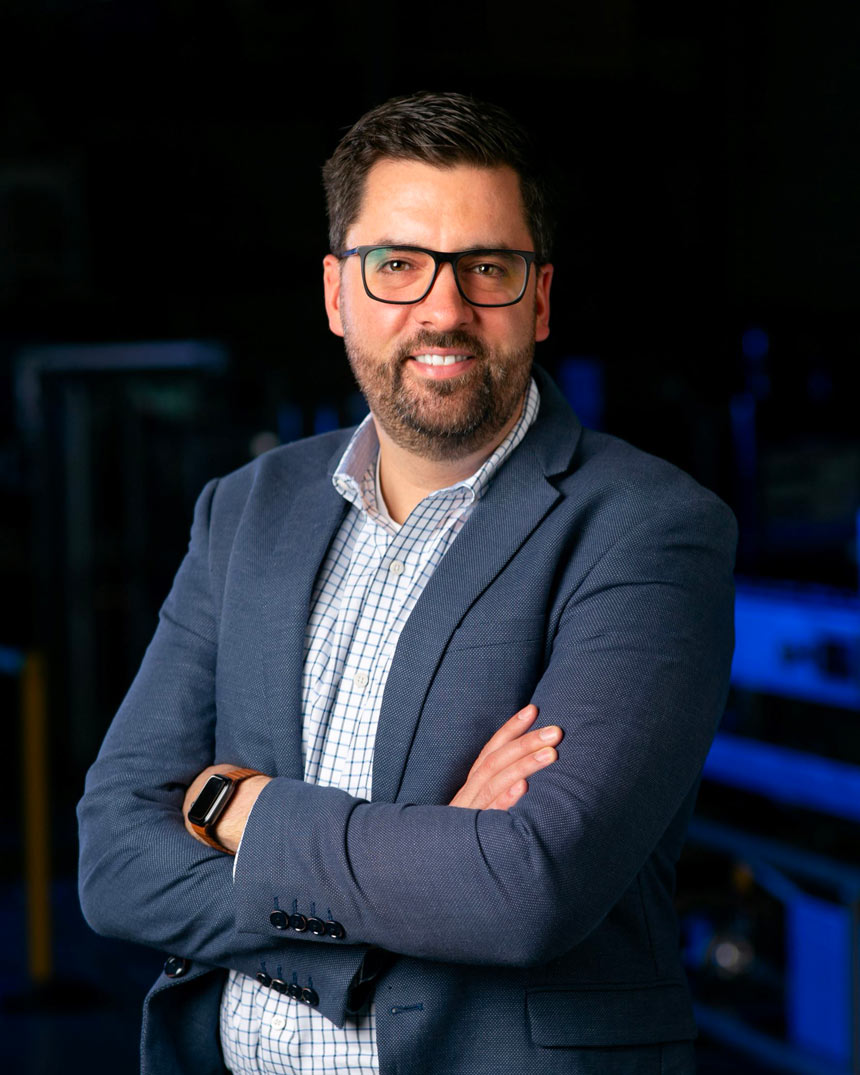