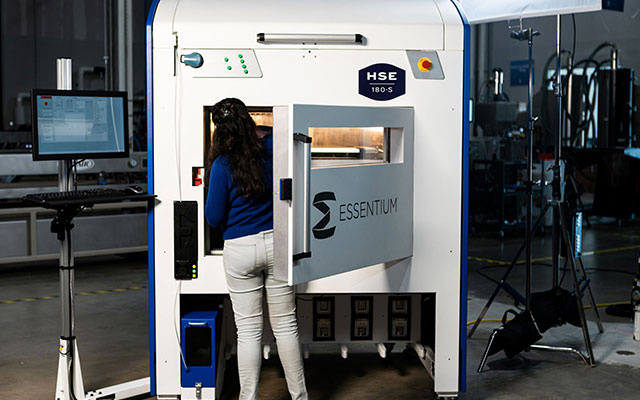 Footwear giant Reebok made quite a splash with the announcement of its Liquid Factory concept in 2016.

This revolutionary manufacturing technology uses state-of-the-art software and additive manufacturing to literally draw shoe components such as outsoles, grips and “liquid laces” in three dimensions. This proprietary layering technique is used to create high-performance athletic shoes faster and more efficiently than ever before.

Reebok partnered with a well-known global chemical giant to develop a proprietary urethane-based liquid material. Early projects focused on prototyping, rapid design iteration and making molds that would suit the Liquid Factory process. It was taking an entire day to print one mold – a tremendous improvement over traditional mold making – but it quickly became apparent that a single material that could only be printed on one machine from a single overseas manufacturer was not going to get Reebok to production scale.

Reebok was in need of a robust solution that could handle mold making from material research and development to modeling, prototyping and production in one machine. Their priority was not only finding a reliable 3D printing partner that could help reduce time per mold, but one that could innovate new materials and offer the support and training necessary to bring Reebok’s Liquid Factory manufacturing concept up to scale. Essentium jumped at the challenge.

Essentium engineers started with an extensive study to identify various additive manufacturing materials that would suit Reebok’s Liquid Factory needs. Then they developed a process for printing molds using those materials on the Essentium HSE 180•S 3D Printer, and also suggested several design changes to enhance the quality of the 3D printed tools. Essentium also took on the challenges of sourcing quantities of raw materials, building a US-based supply chain to support domestic production, and training Reebok personnel on the materials and equipment.

In the end, Reebok was printing each mold in just three hours as compared to one day, and they realized additional cost savings since Essentium’s process yielded stronger parts using less volume of material to achieve the needed strength.

Reebok has seen mold making time reduced from weeks using traditional molding technology to days with additive manufacturing, and now to just mere hours using Essentium’s HSE 180•S 3D Printer and materials. Mold making costs have been reduced from a few thousand dollars to a few hundred dollars each. Machine operators are more efficient due to the lighter weight tools and molds in use. In fact, Reebok estimates time and cost per mold have been slashed by 70% compared to original production methods while opening the creative floodgates.

And due to the large build size of the HSE 180•S 3D Printer – which can fit 85% of all global jigs and fixtures – Reebok is able to print enough molds in one print job to achieve the scale needed to make the Liquid Factory concept a reality.

Essentium, Inc. provides industrial 3D printing solutions that are disrupting traditional manufacturing processes by bringing product strength and production speed together, at scale, with an open ecosystem and material set. Essentium manufactures and delivers innovative industrial 3D printers and materials enabling the world’s top manufacturers to bridge the gap between 3D printing and machining and embrace the future of additive manufacturing.

Transforming the Factory Floor AND Your Perceptions of 3D Printing

Historically, 3D printing has been viewed as a prototyping technology — toys for engineers and inventors to experiment with different designs and materials on a small scale. When a product is ready for mass production, that’s when proven subtractive manufacturing processes usually take over to make the molds and affordably produce large quantities at scale […]

Essentium Takes PEEK to the Next Level

PEEK is a high-performance, semi-crystalline thermoplastic polymer used extensively in the aerospace, oil and gas, medical device, and chemical process industries. It has excellent mechanical and chemical resistance properties that are retained at elevated temperatures, with some grades having a continuous-use operating temperature of up to 500° F (260° C). PEEK is highly resistant to […] 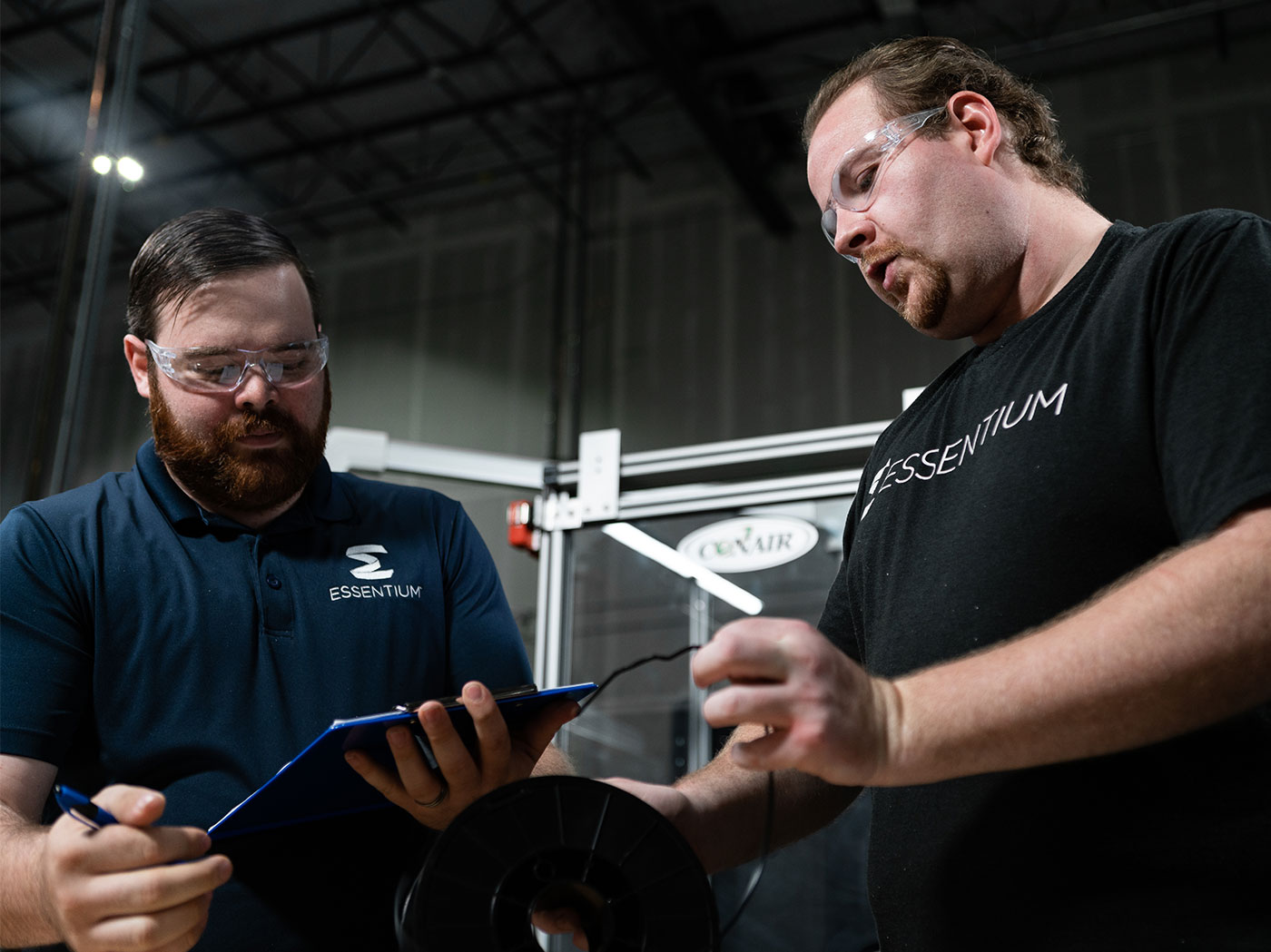 Digital transformation is affecting every aspect of business operations, from resource procurement to end-user delivery. New technologies like artificial intelligence (AI), blockchain, robotics, and autonomous vehicles are reshaping every link in the supply chain, automating and modernizing entire workflows.