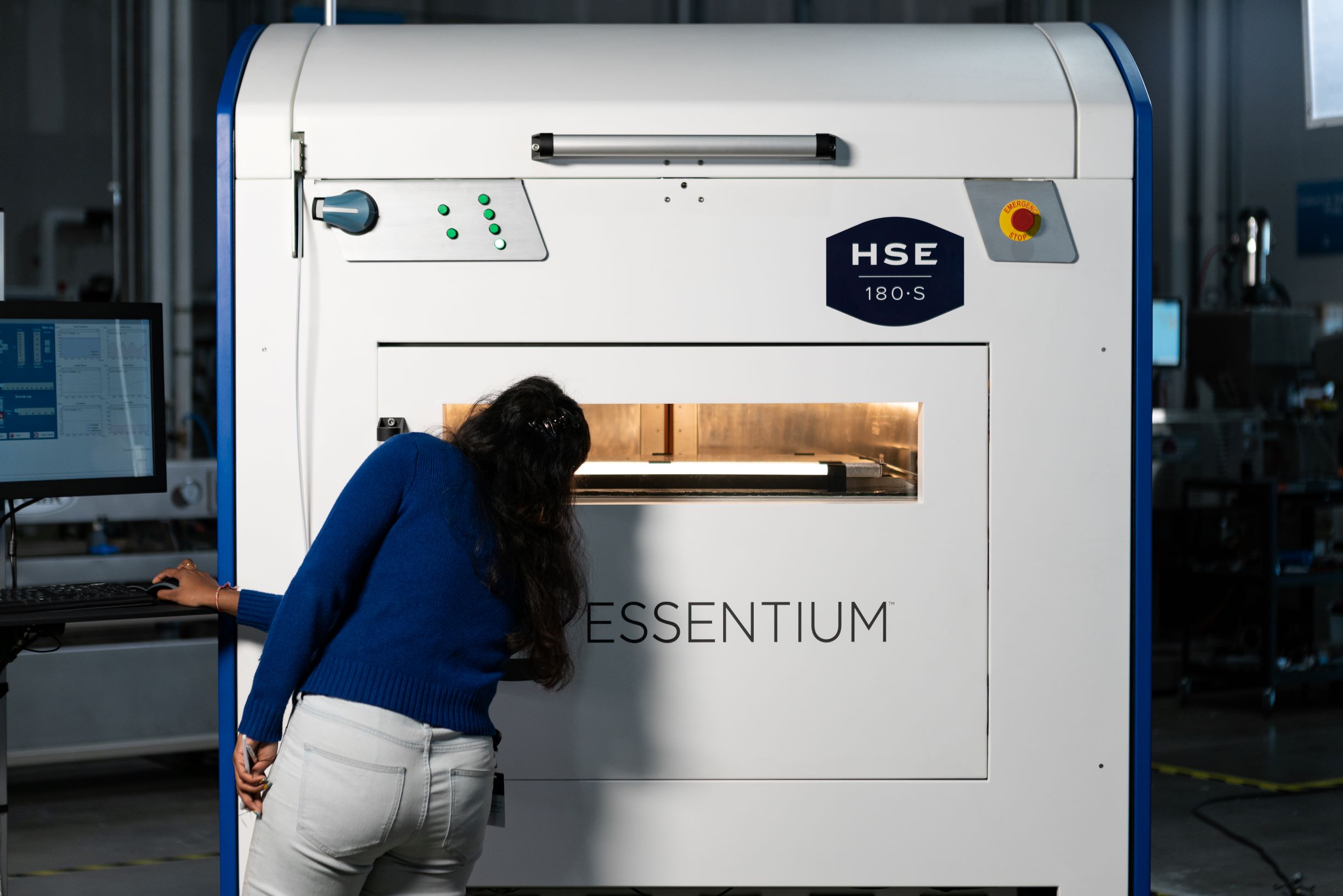 In the mass manufacturing world, 3D printing is usually not used to make a finished piece. Rather, it is an enabling technology. Additive manufacturing is used to help other machines, robots and workers do their jobs better by creating lightweight yet durable jigs and fixtures that securely hold a tool or an unfinished part in place during the manufacturing process.

There are times when creating 3D printed jigs and fixture, especially large ones, that machinists will need to fabricate the finished tool from multiple 3D printed parts before it can be put to use. But what if they didn’t have to do that anymore, or at least minimize the additional time, labor and expense spent assembling large tools for use on the assembly line?

The Essentium HSE 180•S Series is the industry’s largest high speed extrusion (HSE) 3D printer. Its build area measures 690 x 500 x 600 mm (WxDxH), large enough to fit more than 85% of all global jigs and fixtures. It is also five to 15 times faster than any other extrusion printer on the market. This gives the Essentium HSE 3D printer the capacity and speed to 3D print large jigs and fixtures in one piece right on the factory floor, significantly cutting down on post-printing multi-part tool assembly touches by, well, up to 85%.

Speed is usually considered a priority in mass manufacturing operations where volume production drives down costs. But speed is also necessary to produce large 3D printed jigs and fixtures with the strength to get the job done, even if you are only printing one piece.

Fused filament fabrication  (FFF) is the act of building something layer upon layer using thermoplastic filaments. Excellent for printing small items, FFF can be subject to delamination. Delamination is a phenomenon in which a product fractures into horizontal layers and becomes brittle. In 3D printing, delamination can occur when the topmost layer of filament cools before the next layer is deposited. Microscopic cracks eventually cause total part failure from insufficient layer bonding.

Essentium’s version of high speed extrusion technology takes FFF to the next level by operating at a speed that allows users to 3D print with physical characteristics and strength more akin to injection molding. The Essentium HSE 180•S uses linear servo motor technology for extremely accurate, high speed movement of the print head over the build area. It can deposit filament at speeds up to 500 mm per second with 1 micron accuracy. This gives it the ability to “close the loop” on each layer fast enough to create the layer-to-layer adhesion for unmatched strength and durability in 3D printed parts, even large ones, without experiencing delamination.

Some examples of large jigs and fixtures in manufacturing are cradles, grippers and clamps used to securely hold large panels of unfinished raw materials in a zero-tolerance position during laser etching, polishing, milling, painting or dipping for chemical finishing (powder coating, anodizing, metal plating, etc.) without scratching, denting, or cracking the part. It may be a tool to hold large sheets of plastic for heated shaping and imprinting using vacuum form molding technology, such as a hot tub, automotive interior panel, or a shower enclosure. Or it may hold a large block of wood for furniture routing, or a car door panel for painting. It may be used by a human or by a robot on an automated assembly line. But the common denominator is, it’s big.

The advantages of being able to print large tools in one piece include speed to part, little post-finishing/assembly for reduced labor, and increased strength of a part made seamlessly. 3D printing allows for the creation of jigs and fixtures with odd dimensions, protrusions or indentations as a single part — designs that could not be made in one piece with traditional subtractive manufacturing methods.

Plus, because Essentium supports an open-ecosystem approach to 3D printing, engineers are free to design jigs and fixtures to their exacting specifications using a wide variety of extrusion materials from any supplier, and output anything from one machine. Picture, if you will, a 600 mm-tall “Y” shaped fixture with the tips of the “Y” spaced 450 mm apart, used to hold large circular steel and glass plates for etching. The three prongs were printed in one piece using high-temperature nylons for strength and rigidity, while the three grippers, each 300 mm long, were printed from non-marring TPU on the same machine. Only the HSE 180•S can do that.

Click here to request a demonstration of how the Essentium HSE 180•S Series, with the largest build area, fastest extrusion speeds, and open ecosystem can solve your large jigs and fixtures problems. 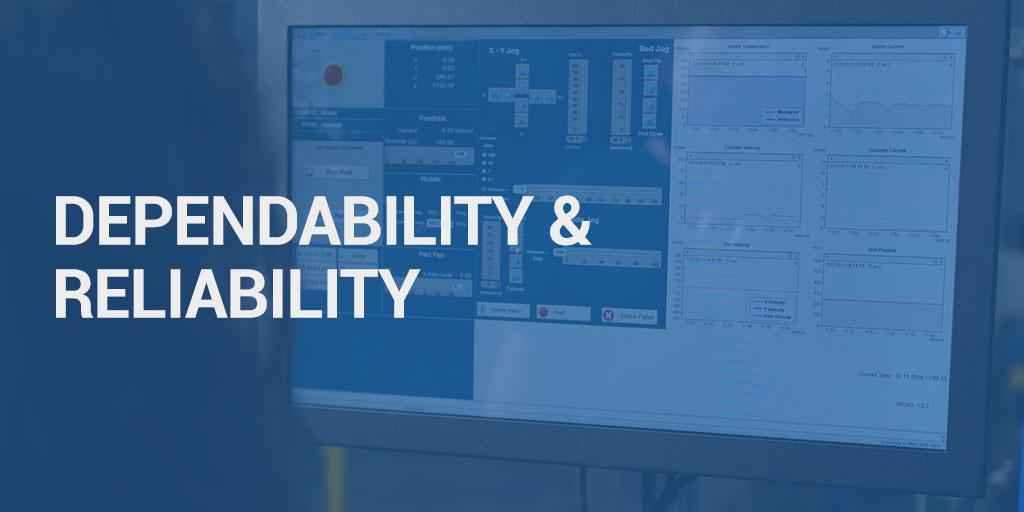 Part one of this series discussed the many additive manufacturing providers and machines that make 3D printing applications possible. It also examined how the Essentium HSE 3D Printing Platform provides speed and precision advantages over other additive manufacturing solutions. The second part of this series will look at how the dependability and reliability of the […] 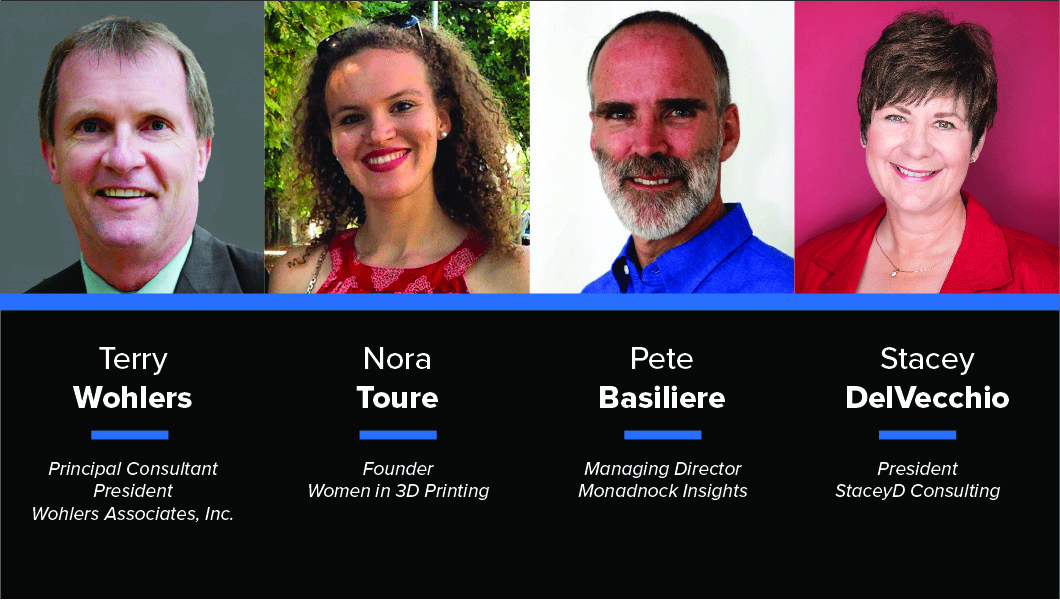 No one could have predicted the impact that 2020 would have on the manufacturing industry.

There are many types of 3D printers available today made by providers all over the world, from small hobby and classroom devices to large production-grade machines.